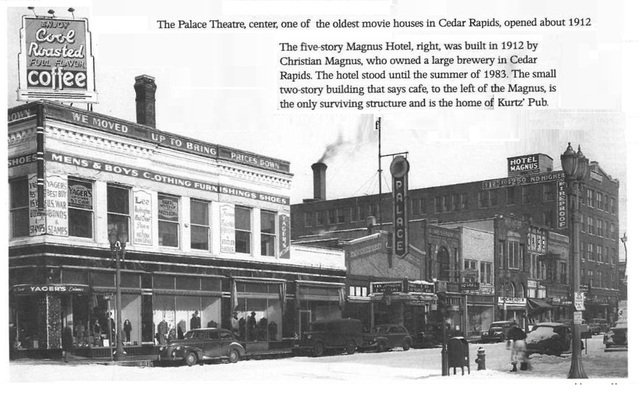 Located in downtown Cedar Rapids, the Palace Theatre was opened in May 1908, and continued to at least 1950.

May 12, 1908: Proprietors of the new Palace Theatre in downtown Cedar Rapids said the facility would open this week. Located in the former Sunshine Mission Building, the owners promised to show only “high class” moving pictures and illustrated songs for five cents admission. 1998 CR Gazette column “100 yrs ago today”

The 1927 FDY lists the Palace Theatre as one of four houses in Cedar Rapids that were operated by Paramount-Publix affiliate A. H. Blank. The others were the Isis, the Rialto, and the Strand.