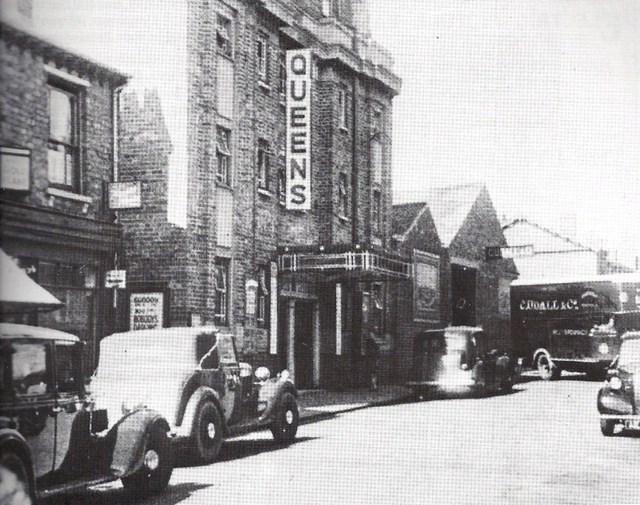 Originally built as a printing works, it was converted into the Picture Palace, opening on 23rd January 1909. It was operated by Irving Bosco, and had a seating capacity for 800.

By May 1910, it had been re-named Queens Cinema. It was re-built in around 1919 with the seating capacity increased to 1,400, and was now under the ownership of Thomas Leach. Leased to the J.F. Emery Circuit from 1939, they operated the Queens Cinema until July 1946, when it came under the control of Miles Jervis Cinemas.

A new canopy was installed on the facade in 1949, and the interior was refurbished by Modernisation Ltd. in 1952.

The last regular film was Vincent Price in “Witchfinder General” on 5th April 1969. The cinema then screened East Indian(Bollywood) films for a few months. The building was compulsorily purchased by the council and was demolished in August 1969 for redevelopment.