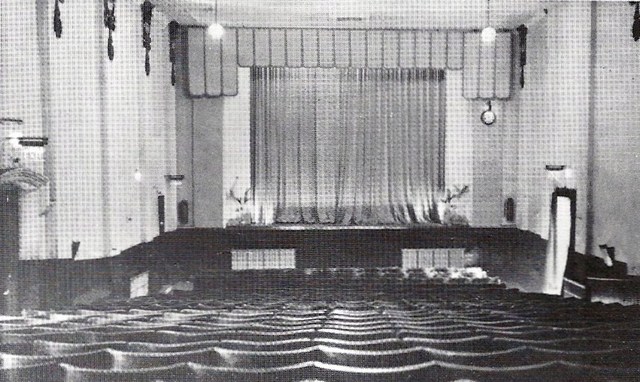 The Alhambra Cinema was opened around November 1912. The entrance on High Street was along a parade of shops, and had no distinguishing features. All seating was on a single sloping floor. The proscenium was 22 feet wide, the stage 7 feet deep and there were two dressing rooms.

In the early-1960’s, part time bingo was tried, and East Indian (Bollywood) films were shown on Sunday’s. The Alhambra Cinema closed as a regular cinema in around the end of 1963. It was sold to a local Indian businessman and became a private members club, screening Indian films. By operating as a club, a Cinematograph Licence was not required. It continued to operate until the early-1970’s when it was ‘temporarily closed’ for refurbishment. This never happened and the building was eventually converted into retail use selling clothing. In recent years, the auditorium has been demolished, but the front section of the building remain, in the mid-2000’s in use as EM Italia furniture store.