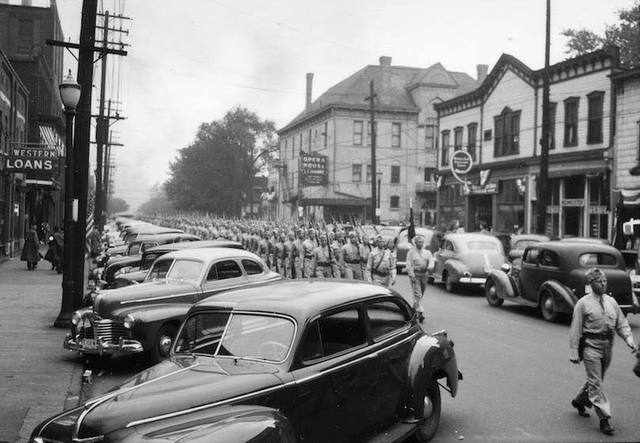 Built by the Odd Fellows Lodge in 1889. The Opera House was listed as (Closed) in the 1941 edition of Film Daily Yearbook. It was part of the Schine Circuit. By 1943, it had reopened and continued as a movie theatre until at least 1950.

The Kent Opera House is listed in the 1897-98 edition of the Julius Cahn Official Theatrical Guide. J.L. Henff was Mgr. The house was on the first floor and had 800 seats, electric illumination, ticket prices from 25 cents to 50 cents, and 7 members in the house orchestra. The proscenium opening was 38 feet wide X 20 feet high, and the stage was 28 feet deep. There ws one weekly newspaper and one hotel for show folks. The 1897 population of Kent was 4,000.

This web page has a history of the Kent Opera House and a few photos. The Opera House was built by the Odd Fellows Lodge in 1889,opening on November 4. The first “moving picture show” at the house took place on November 5, 1906, but it wasn’t until 1912 that the theater became a full-time vaudeville and movie house.

Sound equipment was installed in 1929, but the theater closed in 1936. In 1940, the Opera House was reopened by the Schine circuit, who operated it until its final closing in the early 1950s. The vacant building was finally demolished in July, 1963.

The Kent Opera House was located on Columbus Street at the northeast corner of North Water Street.

If anyone is a subscriber to newspapers.com, page four of the January 14, 1889, issue of the Salem, Ohio, Daily News has an article about the proposed Odd Fellows Hall in Kent, and I think it might mention the name of the architect, but the OCR text, which is all non-subscribers can read, is too garbled to make it out.