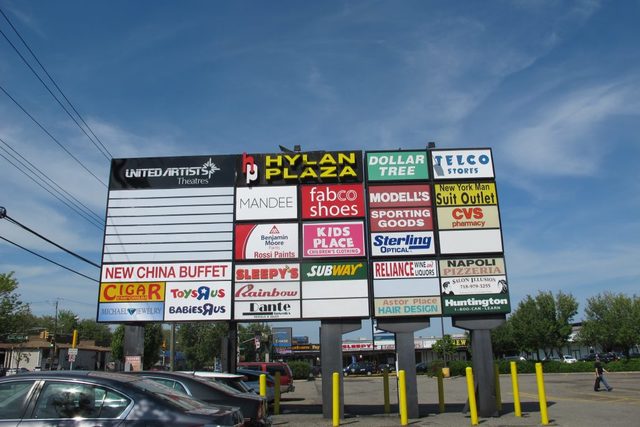 Located in the New Dorp district of Staten Island. The 1,150-seat Fox Theatre opened on April 7, 1966, with Disney’s “The Ugly Dachshund” & the animated feature “Winnie the Pooh”. It was operated by Fox Eastern Theatres and Joan Crawford was a special opening guest.

It was a huge modern theatre, great for seeing such epics as “The Blue Max”, “Grand Prix” and “You Only Live Twice”.

With the release of the latest Star Wars Movie episode VII I was inspired to search for the movie theatre where I saw the original movie back when I was a kid. I remember seeing Star Wars at this theatre for the first time when I was 5 ½ years old back in May of 1977 when it was known as the Fox Theatre. My older sister as myself loved this movie and she took me every week during the weekends while it played there throughout the rest of 1977. I do not know how long the Star Wars run lasted at the Fox, but If I were to guess it was 6+ months and I probably saw the movie 30+ times back then. Walking with my sister to go see Star Wars from where I use to live on Hett Avenue were very happy days and for me and a defining moment in my child hood memories.

Car: That Was The Hylan Twin

I was a projectionist at the Hylan Plaza from its opening under the UA banner in 93 through January of 96. I’m sorry to say that this location has just closed.

The theatre at Hylan and Ebbitts was actually the Rae Twin.

The entire Hylan Plaza shopping center was torn down in 2017 and is being replaced with a modern shopping center called ‘The Boulevard’ which will include an Alamo Drafthouse Cinema.

Please update, closed as a twin on September 9, 1988 under Cineplex Odeon, they were originally supposed to due the renovation, but due to chapter 11 they never did the work. It open under UA on June 30, 1993. Other previous owners, NGC, Mann, Cinema 5, RKO Century and Cineplex Odeon.