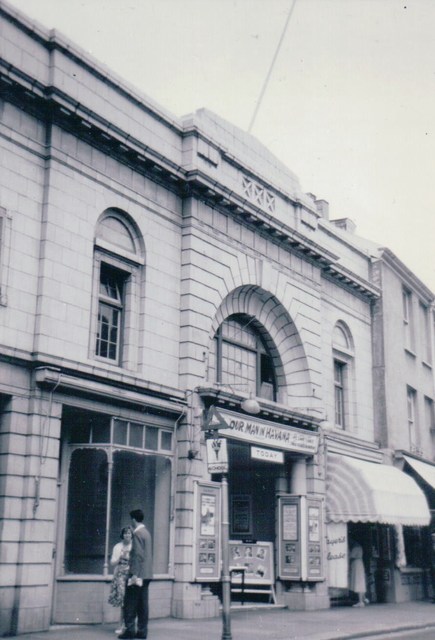 Located on High Street, next to the Lamb Hotel. The Scala Theatre was opened on 20th December 1920 with “Edge of Beyond”. It was part of the Albany Ward Circuit of cinemas. The cinema was typical for its period, and had a centrally positioned arched entrance, which was flanked on each side by a shop. There was a ballroom in the basement. Albany Ward were taken over by Provincial Cinematograph Theatres(PCT) in September 1927. In February 1929, PCT were taken over by the Gaumont British Theatres chain.

The Scala Theatre was re-named Gaumont on 11th December 1950. It was closed as a full-time cinema in late-1957, but opened for summer seasons in the following years.

The Gaumont was taken over by the Clifton Cinemas chain in 1964, and was re-named Clifton Cinema. Seating was now provided for 666, and in October 1973, a second screen seating 120 was opened in the former ballroom. Operating summer seasons only until 1980, it went back to full time operation, but closed in 1981.

The building was demolished in 1983, and tragically one man was killed when a wall collapsed during demolition, and another was injured. A block of flats known as Clifton Court was built on the site.