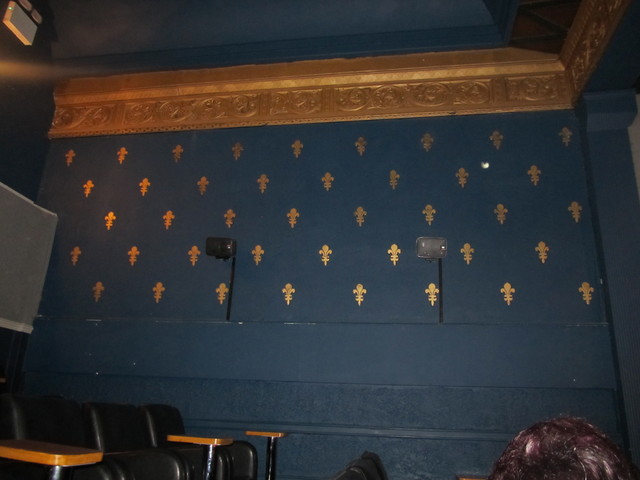 Originally built as the New Christ Church of the Free Church of England, it was dedicated on 4th May 1939. Although built as a church (architect unknown) it had a modern Art Deco style, similar to cinemas being built at that time.

It was converted into the Embassy Cinema, opening on 11th October 1948 with Anne Neagle in "Spring in Park Lane" and The Three Stooges in "Sing a Song of Sixpence". Cinema architect Harry Weston had carried out internal alterations to the building. Seating in the auditorium was provided for 483. The Embassy also had a Cafe/Restaurant. It was operated by an independent operator, and was closed on 21st May 1949.

It was taken over by the Clifton Circuit of Birmigham and re-opened on 8th May 1950 with Jeanne Crain in "Pinky". The Cafe/Restaurant also re-opened and the cinema had been equipped with an electronic organ.

The Cafe/Restaurant was closed on 5th September 1954, never to re-open and the Clifton Circuit operated the Embassy Cinema until they closed it in October 1964, with the final films being "Nothing but the Best" and "Man from Galvaston" playing to an audience of four! A bingo licence had been obtained and it re-opened on 27th November 1964 as the Clifton Bingo Club. The former Cafe/Restaurant opened as the Spider Club and operated as this until April 1966.

The Embassy Cinema re-opened on 11th April 1965, with bingo transfering into the former Cafe/Restaurant for some time, until it finally ended in September 1966.

The Embassy was taken over by independent operators on 14th August 1983 and was re-named the Pendle Stairway Cinema, with the front of house advertising boards anouncing it as the ‘Pendle Stairway to the Stars Cinema’. It was closed on 2nd March 2003 with "Treasure Planet", due to electrical mainainance problems. Reopening on 8th July 2003 with "Chicago". The small independent Merlin Cinemas chain took over the building and it was re-named Embassy Cinema. It wa divided into a triple screen cinema in June 2006.