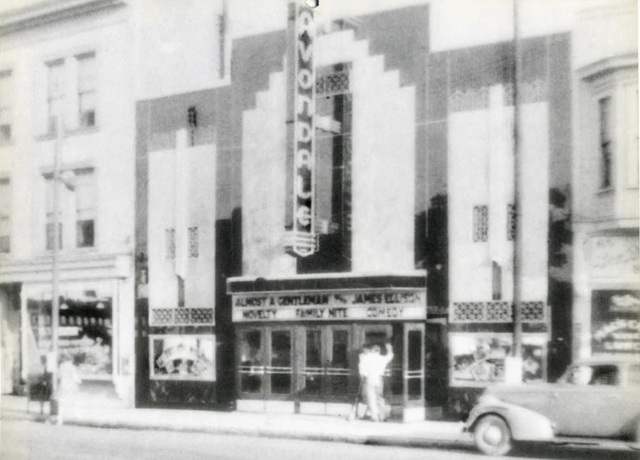 One of two theaters in Frankinton. The other was the Dixie Theatre also on West Broad Street. Academy Operating Co. owned this theatre in 1955. Opened from the 1930’s-1957. Now a Lev’s Pawn Shop.

Avondale ran movies until the second half of 1957.

Keith, thanks for finding these Columbus theatre pictures. Where are they from?

I lived around the corner from this theater for a while (1981-87) and at that time it was being used as a gay nightclub called “Rudely Elegant”. Being straight, I never saw the need to go in, but being a fan of John Waters' films, I certainly wished I had one day when I read a newspaper article about the one and only Divine being there the night before and putting on what was described as an incredible show. That was a really rough, out of the way neighborhood, and it was strange to find out that Divine had been right around the corner and I didn’t know it until the next day.

A website devoted to Columbus gay bar history also notes that Grace Jones performed there as well. Sylvester also played a few gigs there in the early 1980s.