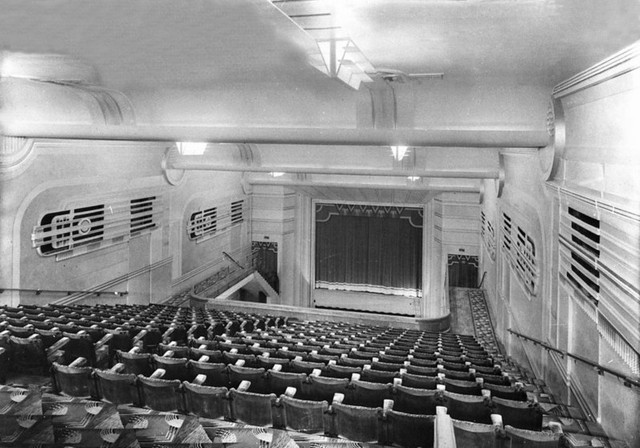 Located in the Bondi Junction district of Sydney, on the Woollahra side of Oxford Street. One of four Eastern Suburbs theatres opened in the early-1900’s by William J. Howe. It was the Olympic No.1 Theatre, an open air theatre opened in 1910. (In 1928 a second Olympic No. 1 Theatre was opened across the street at the corner of Waverley Street and Oxford Street, which later became the Coronet).

The site of the first Olympic No. 1 later became the Art Deco style Regal Theatre, owned by Packer, Nacard and Packer which opened on 26th June 1936 with Cary Grant in “The Last Outpost” and Jack Oakie in “Charm School”(aka-Collegiate). It was designed by architectural firm Crick & Furse.

Around 1952 it was bought by MGM and the name was soon changed to the Metro Theatre. In 1971, MGM disposed of their theatre circuit and it was taken over by the Greater Union Theatres chain.

The Metro Theatre was closed on 25th April 1973 with Vera Miles in Disney’s “The Wild Country”.

I think the site is now a Subway store(Bondi Junction branch)?