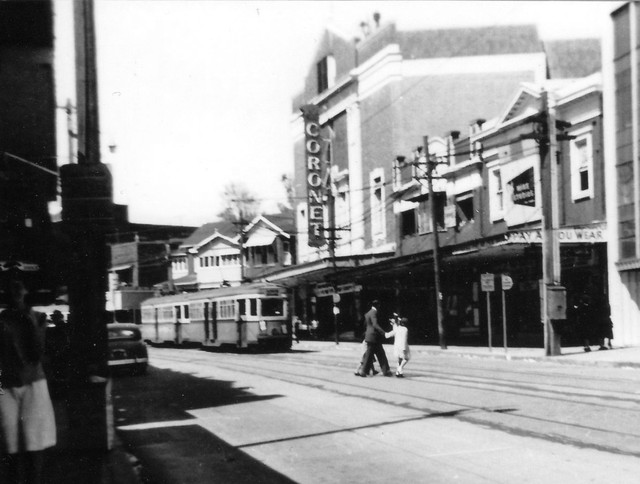 A second Olympic Theatre No. 1 was built across the street at the corner of Waverley Street & Oxford Street. Opening in May 1921 by William J. Howe. Seating was provided for 1,911 in orchestra and balcony levels. In 1930 it was acquired by Hoyts and was re-named Hoyts Olympic Theatre. In the late-1930’s it was refurbished and re-named Hoyts Coronet Theatre.

After World War II, the seating capacity was reduced to 1,628. Hoyts closed the Coronet Theatre in August 1968. One of the reasons given was the occupancy rate fell below 20%, and when TV was introduced it changed the audience attendance down to 11%.

It was demolished and a Grace Bros. department store was built on the site, which was eventually swallowed whole into the sprawling Westfield Shopping Centre complex.

If anyone has information on this cinema please contact Keith Lofthouse on or (o3)53562493. I am a short story writer referring to this cinema for a story inspired by The Smallest Show on Earth.