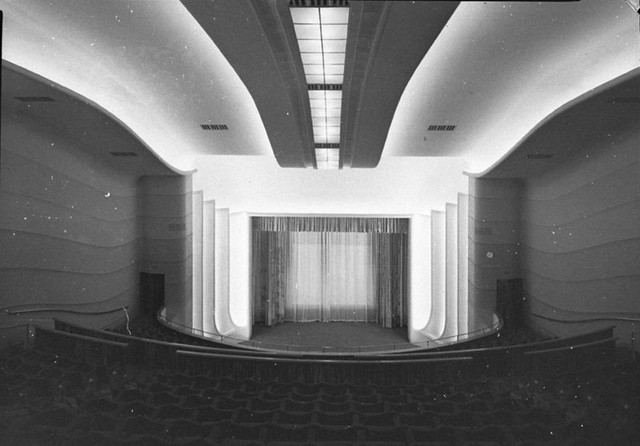 Lyceum Hall opened 26th December 1892, and had screened the first Lumiere productions in 1896. It was bought by wealthy Ebenezer Vickery who presented it to the Methodist Church. It was used for Sunday services but Cozens Spencer also showed films there from 1905. He produced travelogues and eventually features.

The hall was rebuilt, reopening June 8, 1918 as Hoyts Lyceum Theatre. It became a centre for the growth of the Australian film industry prior to the 1920’s. The Lyceum Theatre screened the first talkies in 1928 and the country’s first big boxoffice hit “The Flying Doctor” in 1939.

Another rebuilding resulted in the Art Deco style interior of the New Lyceum Theatre which opened in 1941. Greater Union now managed the cinema with all films vetted by the Church censor.

It was plagued by a series of fires throughout its history, the worst being the 1964 blaze which destroyed the interior. It reopened in 1966 but the entire Methodist complex was demolished and rebuilt as the Wesley Center in 1991.