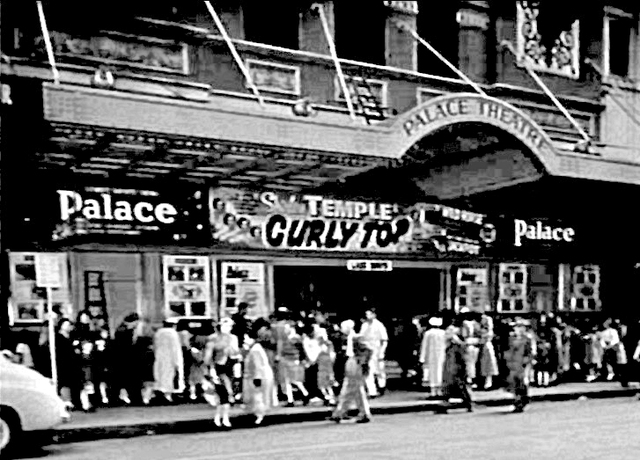 Located in Sydney city centre. Built in 1896 by George Adams and attached to his Tattersalls Hotel, the Palace Theatre was a mini-opera house in looks and a vaudeville-variety house by trade. Originally designed in a Moorish style by architect C. Backhouse, the Palace Theatre had its auditorium completely redone by architectural firm Ballantyne and Hare in 1923. Gone were the Moorish embellishments and in was the popular Classical Revival look.

From the depression to World War II, the Palace Theatre operated as a cinema, managed by Hoyts Theatres. It was home to family films, like the Fox made Shirley Temple films, and post-war it went British, with the Wilcox-Neagle films of love among the upper classes.

In the 1950’s, following a few years of live theatre use, it ran double bills of westerns and sci-films, and even a few revivals like “King Kong”. CinemaScope was a problem due to the very small stage and proscenium width. It was a cheat, as the masking dropped from the top to show a ‘wide screen’

As city theatres closed in the multiplex era the Palace Theatre reverted to live theatre use before it was demolished along with Tattersalls Hotel in 1970.

A picture of the Palace Theatre in Sydney, taken sometime between 1927 and 1931, can be seen here.