Temple of Music and Art 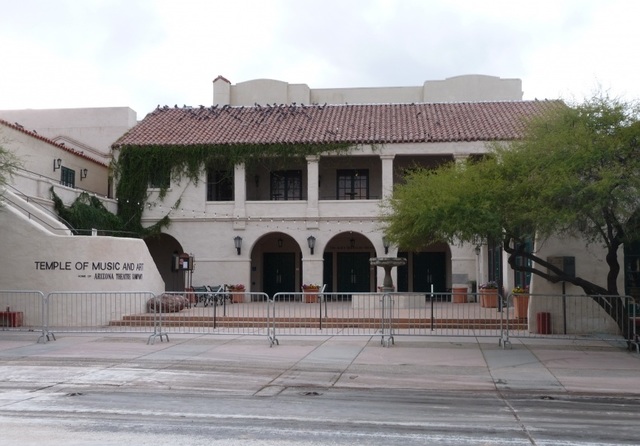 The Temple of Music and Art was built in 1927 by the Saturday Morning Musical Club as a performance arts space. In 1963, it was renamed Tucson Music Center.

In 1970 in became El Cine, screening Spanish language movies, and the this continued from 1972 when it became the Cine Azteca. This lasted until 1976, when it was returned to its original use and the original name was revived.

In 1982, a property developer purchased the building and demolition was planned. In 1984, the newly formed Tucson Artists Coalition successfully demonstrated and succeeded in saving the building, and it was purchased by the City.

Between 1984 and 1990, extensive renovations were carried out, and in 1990, it reopened as the Temple of Music and Art with a performance of “Amadeus” by the Arizona Theatre Company.