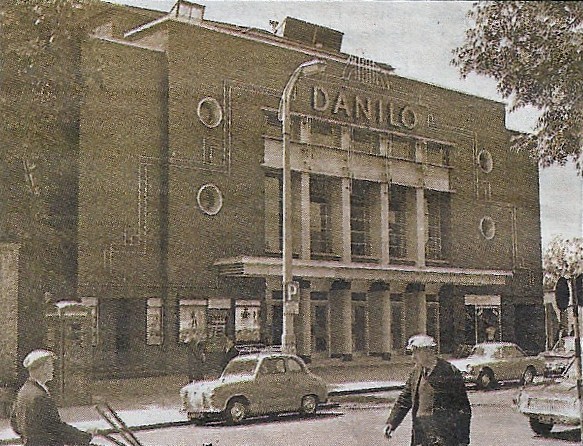 Built for the Mortimer Dent chain of Danilo Cinemas, the Danilo Cannock in south Staffordshire, was opened on 25th February 1939 with Allan Jones in “Everybody Sing” and Jay Eaton in “Two Hearts in Waxtime”. Designed by architect Ernest S. Roberts, seating was provided in stalls and circle levels.

The Danilo circuit was taken over by S.M Super Cinemas in 1946, and then passed to the Essoldo chain in the mid-1950’s. This Danilo Cinema retained its original name until it was closed on 31st March 1969 with Tony Curtis in “Monte Carlo or Bust”.

It briefly became a bingo club, which closed in February 1970. The cinema was demolished at the end of 1970, and a new retail development was built on the site, which contained a Top Rank Bingo Club. This has now closed and the building is all retail, with the name Danilo Court, remembering the cinema which once stood on the site.