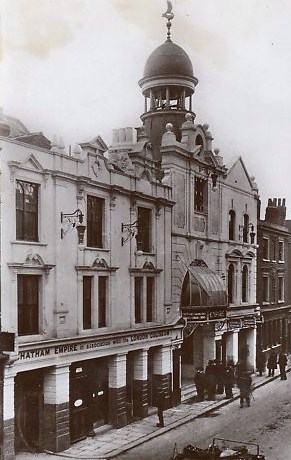 The Picture House was located adjacent to the Chatham Empire Theatre. Both were operated by Oswald Stoll as part of his Stoll Circuit of theatres & cinemas. Designed by Rochester based architect H.H. Dunstall, the Picture House was opened on 19th February 1917. It was equipped with a 2Manual Nicholson & Lord organ.

Both buildings were demolished and the site became a car park for the new Government office block named Anchorage House.