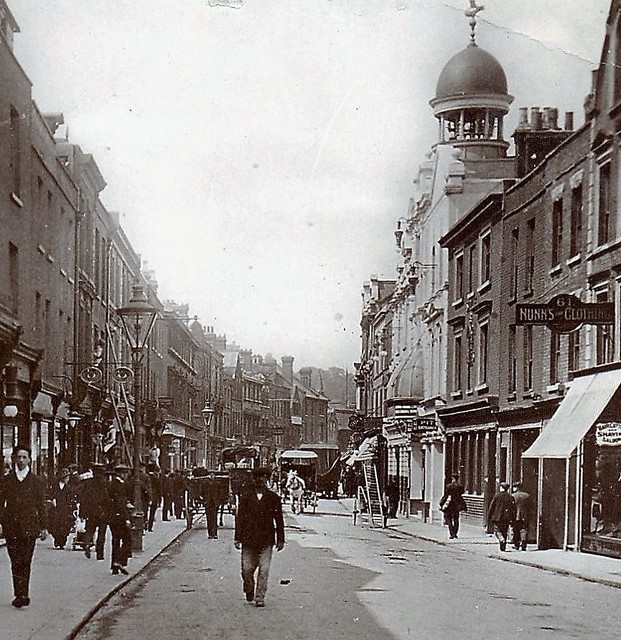 Designed by noted theatre architect Frank Matcham for Oswald Stoll, the Chatham Empire Theatre was opened on 18th March 1912 with a variety bill. It was built on the site of the Gaiety Theatre (1890-1911).

As Chatham is a major naval town, Matcham gave the Empire Theatre a nautical theme, both externally and internally. The facade was 80 feet long and had a centrally place ornate semi-circular entrance. Above this was an imposing dome, resting on pillars, which was surmounted by a copper pinnacle in the form of a sailing ship. Seating was provided in orchestra stalls, pit, dress circle, balcony and boxes. The theatre was equipped with a projection box located at the rear of the balcony, and films were screened as part of the programme from its opening.

In the first couple of decades many famous stars appeared at the Empire Theatre including; Marie Lloyd, Harry Lauder, Houdini and Fred Karno & Company.

In 1929, the Empire Theatre was fitted with both Vitaphone and Fox Movietone sound equipment. It screened Al Jolson in “The Singing Fool” from 15th July 1929 for 5 times a day for an entire month, using the Vitaphone system. By 1934 a Western Electric sound system had been installed. Films continued to be booked during ‘slow’ weeks, and during the 1937/1938 period it screened Anna Neagle in “Victoria the Great” for a two week engagement.

Following the death of Oswald Stoll in 1942, the theatre went ‘dark’ for two months. It re-opened under the managership of Prince Littler in April 1942, with a seating capacity given as 1,503. Operating a ‘live’ policy only, stars such as Gracie Fields, Lucan & McShane, Nervo & Knox, Sandy Powell, Frank Randall, George Formby & Phyllis Dixie all appeared on the Empire’s stage. Todd Slaughter was especially popular bringing his melodrama’s such as “Sweeny Todd, the Demon Barber of Fleet Street” to the theatre, and of course comedian Max Miller brought in packed houses. In the 1950’s came Vic Oliver, Anne Shelton, Tommy Trinder, Terry Thomas, and in the late-1950’s singers Terry Dene, Jimmy Young, Marty Wilde, Edna Savage & Des O'Connor.

At the end of the 1950’s, a change of management converted the theatre into a ‘Continental’ style cabaret venue, with the original fixed seating in the orchestra stalls removed and tables and chairs replacing them. It never took off, and within months there were often more staff on duty each night than customers.

It was decided to close the Empire Theatre on 31st March 1960, but two days before, the electricity supply was cut off, due to unpaid bills. Despite pleas to the electricity company to re-install the supply so that the theatre could be given a final send-off (and the last two perfomances were sold out in advance), no deal could be struck, and the Empire Theatre never re-opened. In 1962 the building was sold for re-developement, together with the adjacent Empire Cinema, and was demolished. Today the site is a car park for the Government office building Anchorage House, which was built after demolition.

Photo of the Chatham Empire