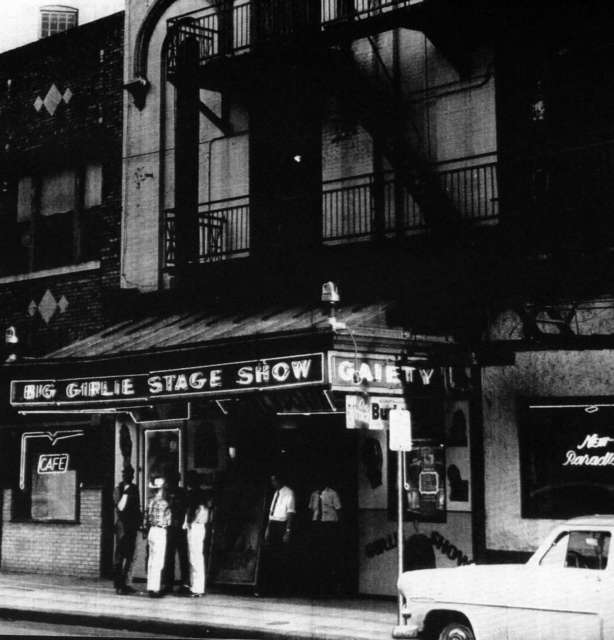 The Mechanics Hall was opened in 1850. It was later known as the Majestic Theatre from 1907 to 1936 and movies were screened during this period.

In the mid/late- 1950s a friend from high school in Massachusetts who had joined the US Navy and was stationed in Norfolk told me about the great burlexque shows at the Gaiety in Norfolk. Since middle school days, both of us had been great fans of “Burley” (burlesque) at the Casino Theatre in Boston. In late- December 1957, I traveled from Baltimore to Norfolk aboard a steamboat of the Old Bay Line. I believe that this line was the last of the old USA coastal steamboat operations. The boat was built in the 1920s and had many tiny cabins and a dining room. It ran overnight. The pier was downtown, and a short walk from the pier I spotted the Gaiety Theatre. Of course at 8AM or 9AM it wasn’t open. So I didn’t go inside it.

Many of the burlesque theaters in the USA in the 1940s and 1950s screened second-run movies in between stage shows and the Gaiety may have also.

Below 1961 article outlines the history and closing of the Gaiety. It contains some photos too. Copy and paste to view.

1953 photo added courtesy of the AmeriCar The Beautiful Facebook page. Gaiety Theatre in the center.

My dad used to sneak in here, underage, to see what they thought was going to be exciting, but not so much. Although, he says, as a teen, it was pretty risque.