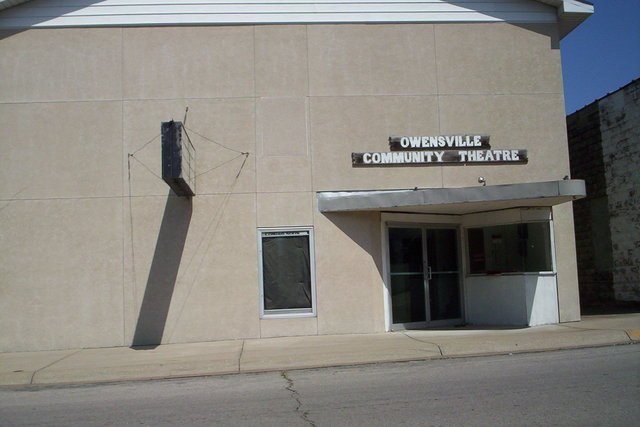 This theatre goes back to at least the mid-1920’s when it was known as the Gasconade theatre and was still operating as a movie theatre at least into the late-1960’s. It was renovated fron 2004 thru 2007 when it was reopened as a live venue called the Owensville Community Theatre. Seating was originally listed at 525 but is now listed at 360. Should have an AKA Gasconade Theatre.

The Horsefield Brothers launched the Gasconade Theatre on February 2, 1919 with “Grandma’s Boy.” Mrs. F.H. Gail was there taking a $5 prize for suggesting the name. The picture shows at been held previously at Henneke’s Hall. The Gasconade installed a new sound system on May 19, 1929. In 1955, the theatre installed widescreen to play CinemaScope titles.