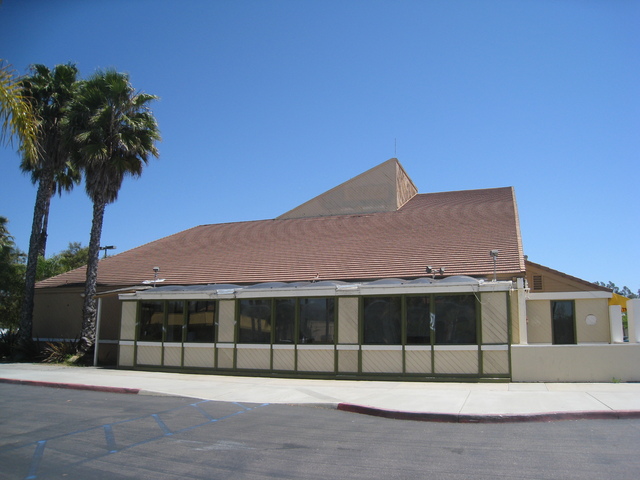 Was part of the Vineyard Mall, the Vineyard Twin Theater was opened in 1974. It was closed in 1999 and the entire mall was demolished. There is now an Albertsons roughly where it was.

Also, as of this posting it should be noted that a small portion of the mall still exists, which is the Acapulco Restaurant. It was part of a MUCH larger structure, but they left that part of the building alone and made it look like a stand-alone building.

Here’s an article with a mention of the Vineyard Twin Theater.

I worked at this theater when I went to Orange Glen High School. It was a great place to work, with fun audiences and enjoyable films. I also loved the design of the Vineyard Shopping Center complex, which I wish had more businesses to keep it going. Great theater, great mall.