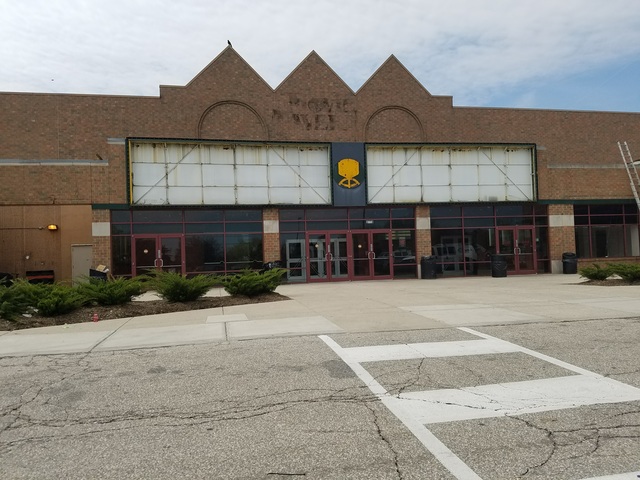 Opened as Cinemark Movies 12 on May 18, 1990. It was later taken over by Movie Tavern and lost one screen which was converted into a kitchen. “Amenties: -First Run Movies -In-Theatre Ordering and Dining -Full Menu with Classic American Dishes -Full-Service Bar -Eleven Screens with All Digital Presentation and Real D 3D -Spacious Stadium Seating with Table for Dining -Wheelchair Accessible -Retro Cinema - Tues and Thurs 7 pm -Breakfast and a Flick - 9 am Sat and Sun -Available for booking Private and Corporate Events -Online Tickets, Showtimes, and Menu”

Formerly Cinemark Movies 12 which opened on 5/18/1990. Original theatre had 2 very well tuned THX rooms. This was the first theatre in the Columbus Area to be equipped with Digital Sound (DTS for Jurassic Park).

When this was reopened by Movie Tavern, one of the theatre spaces was converted to a kitchen, hence the change from 12 screens to 11.

According to an email from the company, this location will be closing on 4/9/17.

Well, that was a short closing…

From THIS WEEK NEWS…

The Movie Tavern in Mill Run is getting a second act.

The dine-in theater on the outskirts of Hilliard is expected to reopen in early June under a new name, Movies 11 at Mill Run, 3773 Ridge Mill Drive in Columbus.

Nalini Laveti, who owns Movies 11 with partners Praveen Goutham and Krishna Jasti, said the facility would undergo significant renovations over the next few weeks.

Laveti said upgrades would include new seats in the theaters, as well as updated dining and bar areas.

The dine-in theaters, which would show first-run movies, would seat anywhere from 220 to 60, Laveti said.

Movies 11 is part of Midwest Movies, a locally based partnership run by Laveti, Goutham and Jasti that also owns the Screens at the Continent.

“We are excited that the site will remain a theater,” said Jason Taggart, a trustee of the Mill Run Owners Association and a former leasing agent for the Market at Mill Run LLC.

It was a Cinemark Theater upon its opening, according to Taggart.

The Movie Tavern at Mill Run replaced it in October 2007, according to Danny DiGiacomo, vice president of marketing for Southern Theaters, the New Orleans-based company that owns Movie Tavern.

The Movie Tavern closed April 9. It was the company’s only location in Ohio.

“(The closure) had nothing at all to do with performance. The Movie Tavern was doing well and we received lots of social media feedback from our customers expressing their sadness,” DiGiacomo said last month.

He said the closure came because of a failure to negotiate a lease renewal.

Taggart said it is important to have a movie theater there again because it is one of the few west of the Scioto River and north of Interstate 70.

Reopened on 6/17/17 as Movies 11 @ Mill Run. Managed by Midwest Movies, Inc., who also operate the Screens at the Continent in Columbus, OH. New website is www.movies11.us

I would appreciate if someone update the cover photo with the one I attached.