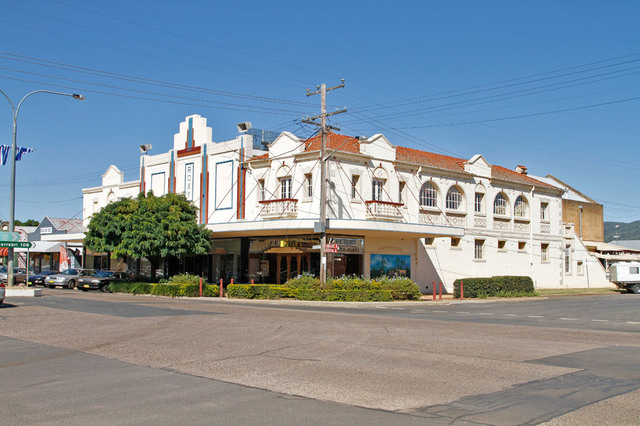 The Roxy Theatre opened on 28th March 1936. It was built for and operated by three Greek partners who called themselves Peters & Company, who employed Sydney architect Mark Woodforde to design this splendid Art Deco style small town cinema. Seating was provided for 280 on a sloping floor at the rear, and 470 on a level timber floor at the front, which was also used for dances.

The Roxy Theatre was closed as a full-time cinema in 1958. It was then used for occasional film shows, boxing matches and roller disco, but was mostly unused.

It was purchased by Bingara Shire Council in 1999, and work began restoring the building back to its former glory. It re-opened in 2004 as a cinema, live performance space, special events venue and for banquets.