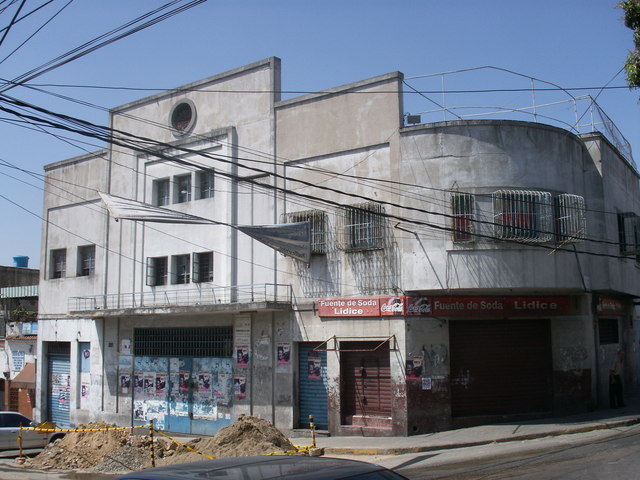 Located in the Barrio Obrero to the east of the city centre. The Cine Lidice was opened on 10th June 1948 with Roberto Escalada in “Los Pulpos”. Seating was provided for 250 in the orchestra and 350 in the balcony.

The Cine Lidice was closed in 1960, and was converted into a warehouse. When seen in March 2007 it had been in use as a supermarket, but was closed.