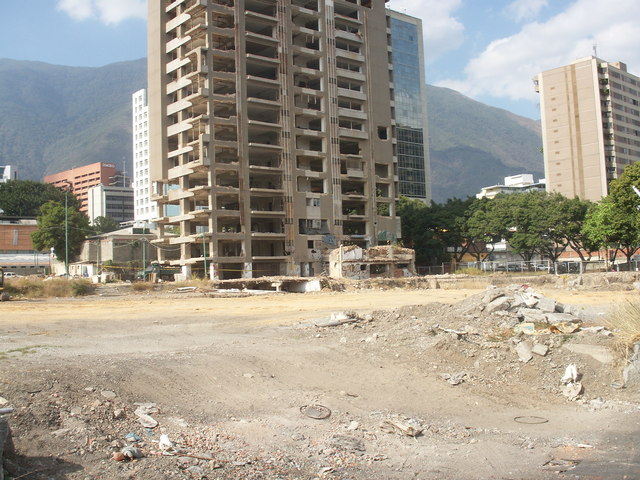 Located in the busy upmarket Chacao district to the east of the city, on the Avenida Francisco de Miranda at Avenida Miranda. The Cine Castellana was opened on 21st May 1952 with Montgomery Clift in “A Place in the Sun”. Designed in a Streamline Modern style by architect Gustavo Wallis, the facade of the building had a gentle curve, with three large centrally placed windows over the entrance. Inside the auditorium seating was provided for 838 in the orchestra and 402 in the balcony.

The Cine Castellana was closed in 1980. The building was abandoned and lay empty and unused until it was demolished in July 1993.