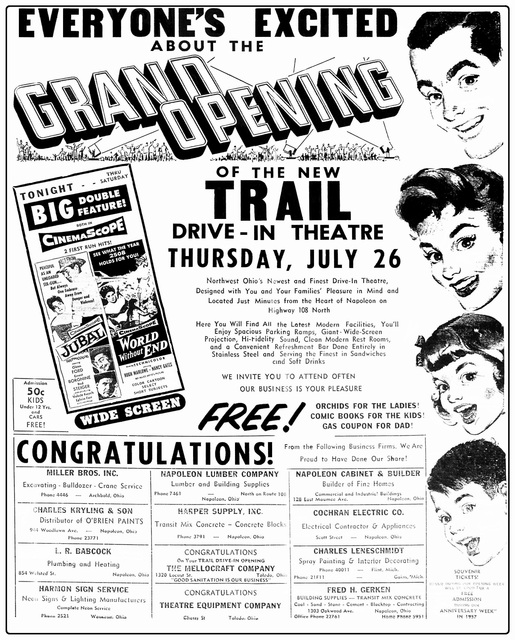 After 22 years of showing movies, the Trail Drive-In was closed in 1978. It was demolished in 1979. Harold James and James Walter sold the property on March 17, 1979, for retail development. When it was redeveloped, a street named Trail Drive was built through the middle of the property to honor the drive-in theatre that was located on the site.

Updated with pictures and ads!!