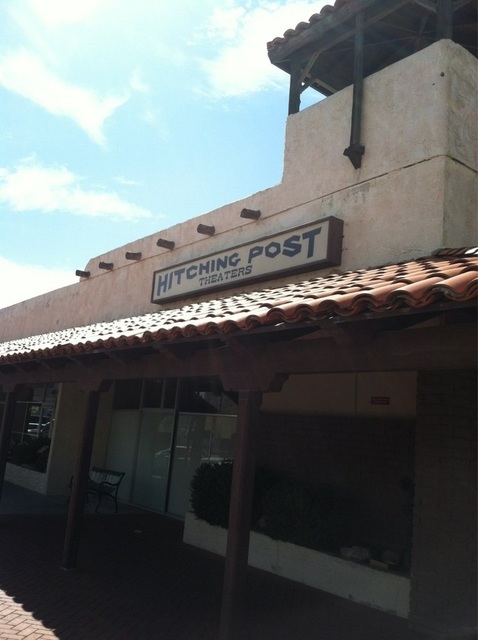 The Hitching Post Theaters, owned by Will Viner, opened in 1994 with three screens followed by a fourth screen in 1995.

The Tehachapi News says that the building, which houses the theater, was constructed after the 1952 earthquake and later became the old post office and then Yeager’s department store.

The mural, which can be seen the side of the theater, celebrates the Native American heritage of Tehachapi.

The Hitching Post Theaters plays current first-run films but with a price of admission much lower than the neighboring town of Bakersfield.

Nice exterior. I wonder what the inside looks like