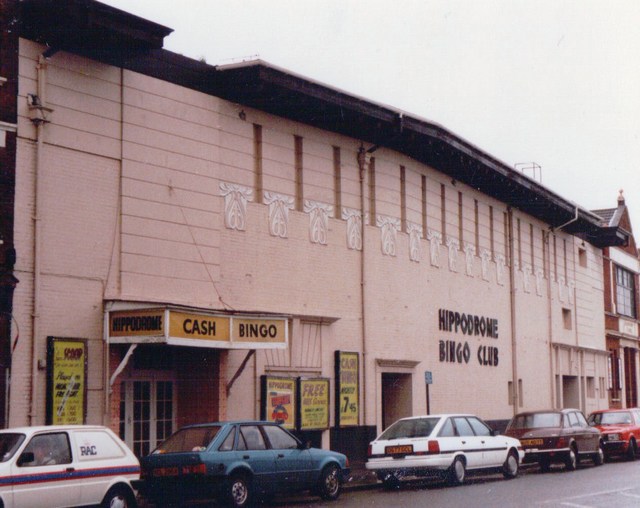 Located in Lowestoft, Suffolk. The building was designed by Ralph Scott Cockrill, from a local family of builders and architects and opened in 1904. It offered circus entertainment with a sliding roof for fresh air, had animal displays and the sunken floor for flooding. It was also equipped for Bioscope shows. It operated only two years as a circus before becoming a variety and later film venue. It had a 27 feet wide proscenium, a 25 feet deep stage and six dressing rooms.

During World War II it was a marshalling house for children being evacuated to the countryside. Returning to films and variety use, it became a bingo hall in the mid-1960’s. It burned down in 1999, and was rebuilt as a purpose-built bingo club, still retaining the Hippodrome name.