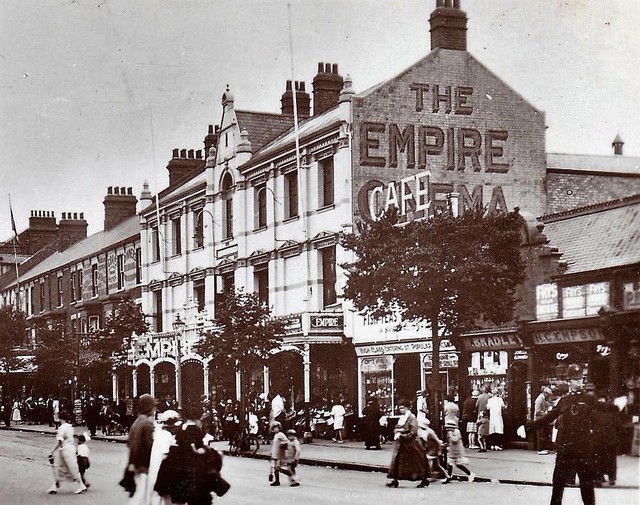 Located in the northeast Lincolnshire seaside town of Cleethorpes. The Alexandra Theatre was opened in 1896. By 1913 it had been re-named Empire Theatre, and live theatre use continued until 1922, when it was converted into the Empire Cinema. An RCA sound system was installed on 21st June 1931, when it screening its first talkie Janet Gaynor in “Sunny Side Up”.

In 1939, it was requisitioned by the Government for war use, and this continued until 1946, when it was refurbished and re-opened as the Empire Theatre at Easter 1946 with a production of “The Good Companions”. Stars such as Tommy Cooper, Terry Scott & Larry Grayson appeared at the Empire Theatre. The final live show was “The Jimmy James Show in August 1959. It returned to screening films, and finally closed on 30th November 1964 with James Stewart in "The Mountain Road”.

It re-opened as a bingo club, and this use lasted until 1984. Since then the building has been converted into an amusement arcade and laser games centre.

Here is a picture of the former Empire Theatre in Cleethorpes: View link