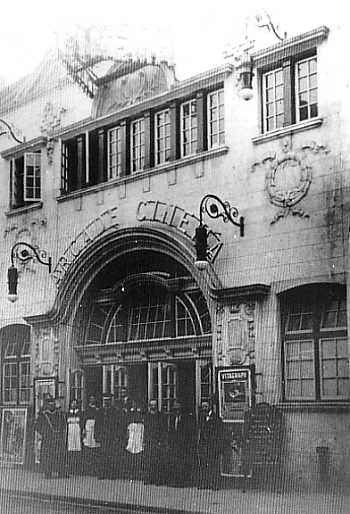 Located in the town centre in the Arcade Buildings. The Arcade Cinema was opened on 15th March 1913 with “The Paper Trail”. Seating was located in stalls and circle levels. Designed in a French renaissance style by Derby based architectural firm Naylor & Sale, the Arcade Cinema was constructed for Gale & Co. It was soon taken over by the Provincial Cinematograph Theatres(PCT) chain. In 1929 they were taken over by the Gaumont British Theatres chain.

The Arcade Cinema was closed in November 1935, soon after the newly built Gaumont Cinema had opened in Foregate Street on 28th October 1935.

A contemporary view of the former theatre building: View link