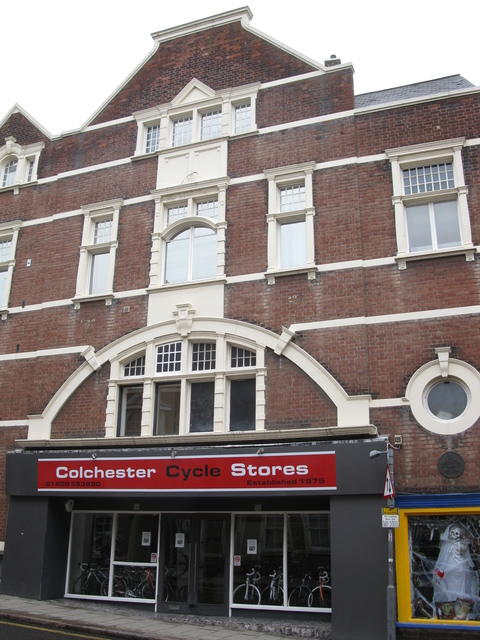 Located in Colchester, Essex, on St. John’s Street at the corner of Head Street. Originally built as a Liberal Club & Assembly Rooms. It was converted into the Electric Theatre, opening as a cinema on 31st November 1910. All seating was on a single floor. There was also a tea lounge, and it had some stage facilities and one dressing room.

It was converted into shops, and the interior has been gutted. Ministry of Hair operated out of the former foyer until the late-2000’s. In October 2012, it was operating as Colchester Cycle Stores.

There is a picture of the theatre as the Electric on this webpage; it will enlarge slightly if clicked upon.

This local film of Colchester features the Cameo in 1978 (at 4:18), shortly after closure.