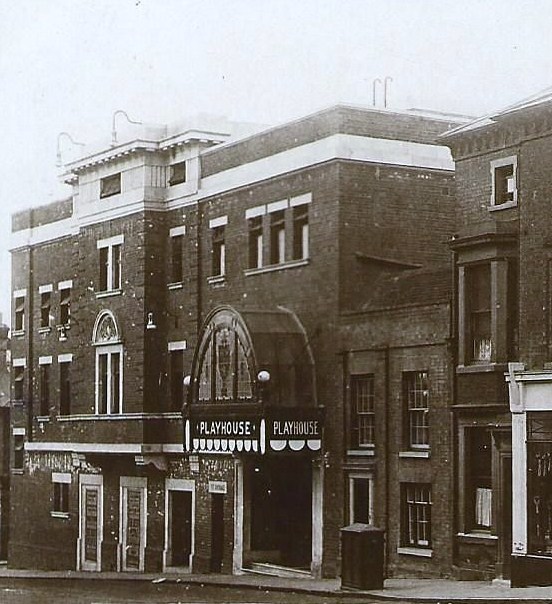 Located in Colchester, Essex. The Playhouse Theatre was built by the Bostock Circuit as a garrison theatre in this military town, and opened in March 1929. It was designed by architect John Fairweather. Seating was provided for 1,150 in orchestra stalls, dress circle and gallery levels. It had a fully equipped stage and nine dressing rooms.

It was short lived as a live theatre, as it was converted into a cinema in September 1930. On 2nd May 1932, it was taken over by the Associated British Cinemas(ABC) chain. In 1935 alterations were carried out, which involved the removal of the gallery seating area, and re-seating and enlarging the dress circle. It re-opened on 6th April 1935 with 1,158 seats.

The Playhouse Theatre was closed in March 1962 and was modernised to the plans of architect C. ‘Jack’ Foster. The seating capacity was reduced to 963 when it re-opened as the ABC on 20th October 1962. The ABC was closed on 1st August 1981, and was converted into a Coral Bingo Club. Later operating as a Gala Bingo Club, it was closed in 1993 when Gala moved into a new purpose built building nearby.

The building then stood empty and unused until it was purchased by the J.D. Wetherspoon chain of pub, and re-opened as The Playhouse on 18th December 1994. Congratulations are to be given to Wetherspoon’s for retaining much of the original decorative features of the Playhouse Theatre, both externally and internally.

There is additional descriptive and historical detail about the theatre on this webpage as well as several pictures.