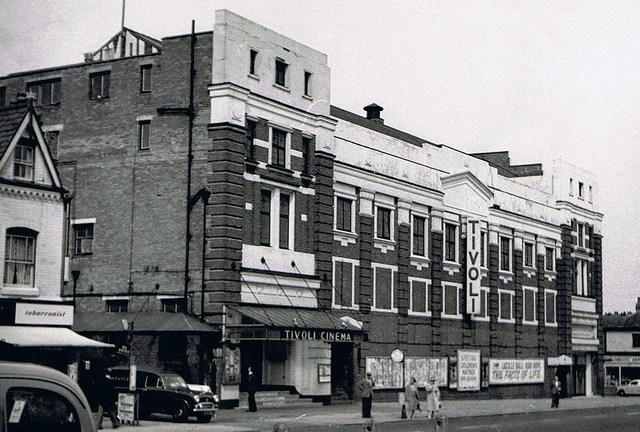 Located in the east Birmingham district of Yardley. The Tivoli Cinema was opened on 17th October 1927 with Rudolph Valentino & Gloria Swanson in “Beyond the Rocks”. The exterior of the building was designed by architect Archibald Hurley Robinson while the remainder of the building was by architectural firm Satchwell & Roberts. Seating was provided in stalls and circle levels, and the auditorium ran parallel to Coventry Road. The Tivoli Cinema was independently operate throughout its life.

The Tivoli Cinema was closed on 1st July 1961 with Bob Hope in “The Facts of Life”. It was demolished the Tivoli Shopping Centre was built on the site, which was re-named Swan Centre in November 1984.

The Theatre was Owned By. The Capitol Cinema at Alum Rock Birmingham

It was at the ponit of building this Cinema That the parent company bought in B. T Davis a Birmingham accontant to be a Director.. To protect the company from being taken over by Sidney Clift and his associates, which at the time had a substantial interest in the Company.. The following Cinema the Capitol Built was “The Olton Cinema” where they used another architect that had no connection to Clift..