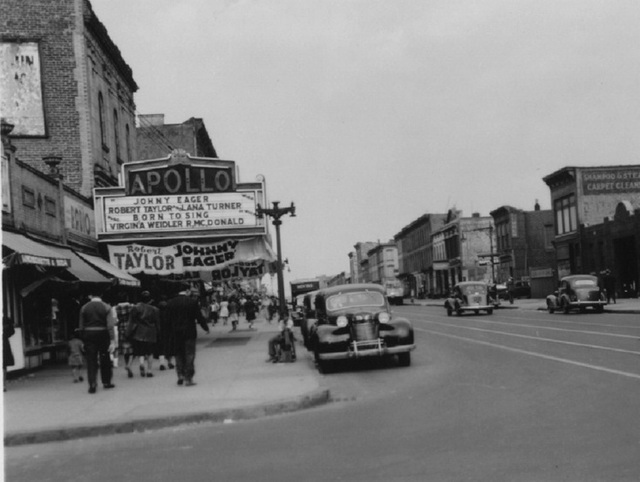 The Apollo Theatre in the Brooklyn was located at 1531 Fulton Street and it seated 1315 people.

I will ask around. The building was demolished, probably in the seventies. There is now a McDonalds on the location. It is not the same as the Apollo in Manhattan. This Apollo was located in the Bedford Stuyvesant section. I was told that it had live entertainment in the sixities. I will try to confirm that. I went there when I was very young, so my memories are faded

hello i was raised down the street from this theater.on saturdays my mother would send my sister and my self to the matinees. my mother took us there to see gene chandler and barbara mason. james brown was there and many other acts of the 60s. i was crushed when they tore it down.my sister has a photo of the theater in a background.

Hello Moonbeam,
My name is ken williams and I’m a life long bed-stuy resident,
I’ve been trying to locate a picture of the old apollo theater
for use in a project with the new owners of the mcdonalds thats located there now.
If it’s not too much to ask, do you think I could possibly get a copy of your sister’s picture of the apollo?
One of the son’s (nicholas) of the apollo’s owner (mr. bowen)
was a classmate and friend of mine at our lady of victory school
3 blks from the theater. Unfortunately we did'nt stay in touch.
Anyway, I can be reached at [email]
Thanks for any assistance you may be able to provide.
Ken Williams

Hi there, my name is Jesse Moore and, though I now call New Orleans home, was born and raised in Brooklyn, New York. I am a musician, and performed at the Brooklyn Apollo Theater when it was alive and kicking. I am so sad to hear that it was demolished. In the 60s, I saw many great blues and R&B artists there, including James Brown, Jackie Wilson, Bobby Bland and many Motown acts. I can be contacted through my website, www.jessemoore.com

Nice to see a traffic free Fulton Street. Anyone know when the Fulton St. el came down?

Hector, 1941 seems to have been the year when the Fulton el met its demise. So, the area had just become “el free” when this picture was snapped. This was surprising info for me, since I had previously thought that the el had survived until after the end of WWII.

There are, by the way, nearly 400 pictures of mostly Fulton St. on the attachment that TT recently enclosed. They provide a number of pictures of the street just before and after the el came down. You can also view pictures of many other movie houses that once graced Fulton St., including the Tivoli, Strand, Majestic, Regent and Normandy. It really is worth a few hours of your time. Thanks TT.

i lived down the street from this theater on fulton st.i grew up in the 1960s and this was my sis and e home away from home. especially on saturdays. this is where i first saw DR NO. i was sad when it closed. very good memories here. down the block was also the Banco, The Regent and The Brevoort. But the Apollo always dear to my heart.

Photo of Apollo and Elevated train added to Gallery.