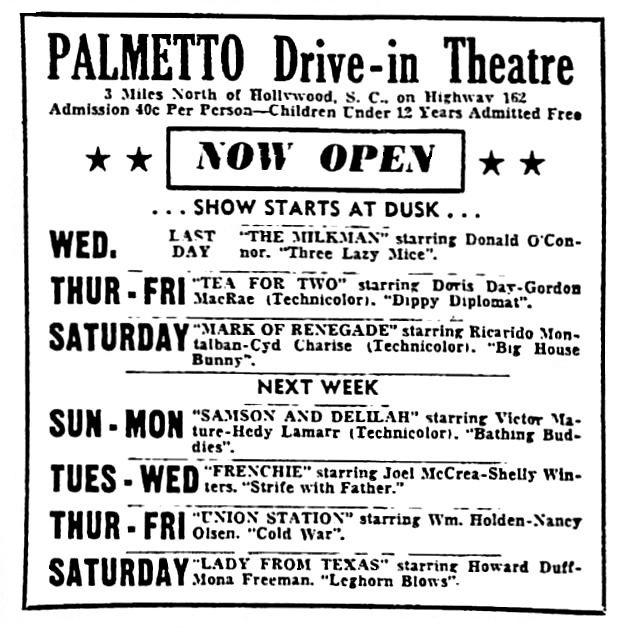 The Palmetto Drive-In opened on May 28, 1952, with “The Milkman” featuring Donald O’Connor and Jimmy Durante. Also screened was the cartoon “Three Lazy Mice” from 1935. The owners were J. Scott and S. Richardson. The parking ramp held 150 cars, featuring in-car speakers and a concession stand. The Palmetto Drive-In was a segregated drive-in with separate parking for each race. In 1961, Frank Marvin opened up Marvin’s Meats on the old drive in site. Marvin commented that you did not roll your window too far and have it open very long, because the mosquito’s where so big. The drive-in closed November 6, 1955.