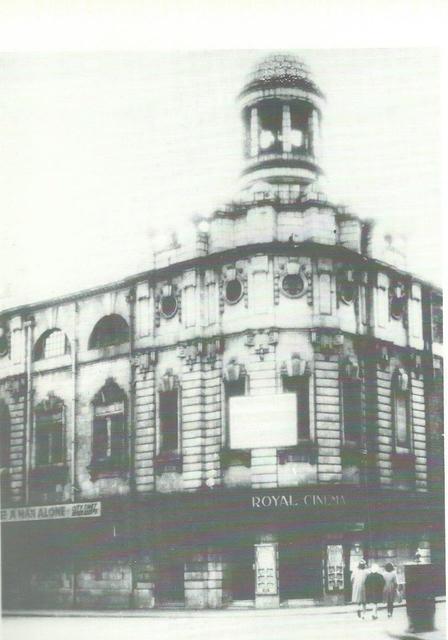 Located in Belfast city centre on Arthur Square at the corner of Castle Lane and Arthur Street. The site had previously housed the Theatre Royal, which was demolished in August 1915.

The Royal Cinema opened on 16th December 1916 and externally was very similar to noted theatre architect Bertie Crewe’s 1911-built, Princes Theatre (now re-named Shaftesbury Theatre) on Shaftesbury Avenue in the West End of London, England. The Royal Cinema had 900 seats in stalls and circle levels. By 1937 the seating capacity had been reduced to 696. There was a cafe for the convenience it its patrons.

The Royal Cinema was closed in 1961, ending it last years as a third run city centre cinema. It was demolished and a building containing retail shops was built on the site, which in 2008 had a Starbuck’s Coffee House operating on the ground floor.

A drawing of the Royal Cinema can be seen here.