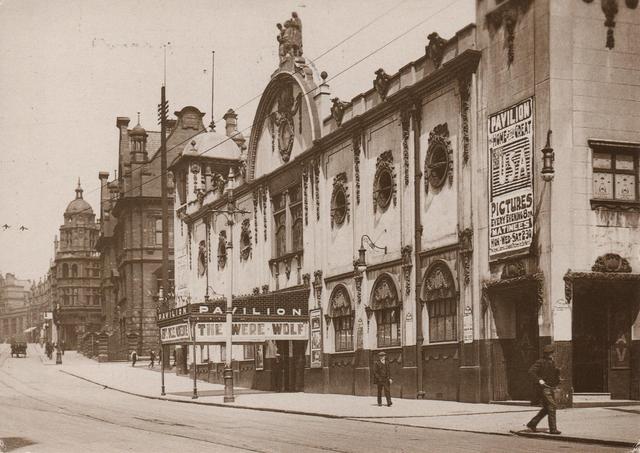 Located next to Wigan Town Hall. Opened in around 1908/1909 as the Coliseum Skating Rink, it could accommodate 5,000 roller skaters. By December 1909 some films were being screened in the building, and as the craze for roller skating waned, it was decided to converted the building into a cinema.

Opened on around the 24th February 1910 as the Pavilion Cinema, seating was provided for 5,000, probably on long wooden benches, with a further 2,000 allowed to stand. It was equipped with a Jardin organ at some point of time.

Regular cinema tip-up seats were later installed and the seating capacity was reduced to 2,000. In 1930, a Western Electric sound system was installed. The Jardin organ was removed from the building sometime during the 1930’s.

The Pavilion Cinema was closed in 1957, and was demolished to build the towns' new swimming baths, recently known as Wigan International Swimming Pool.

The Baths have since been demolished with new Baths built on the site.