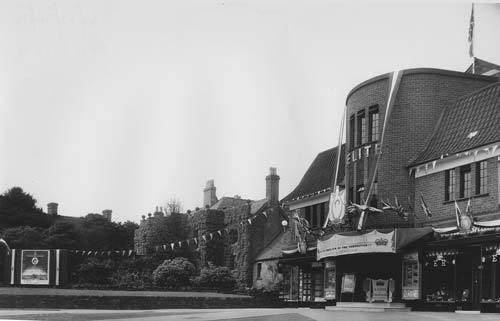 Located in Uttoxeter, Staffordshire. The Elite Cinema was opened on 9th September 1935 with Shirley Temple in “Bright Eyes” and “The Perfect Flaw”. Designed by the architectural firm Naylor, Sale & Widdows of Derby. Seating was provided for 688 in the stalls and 212 in the circle.

By 1976, the Elite Cinema was screening films on Sunday and Monday only, with bingo taking over on other days. The final films screened were on Monday 25th April 1976 with Roger Daltry in “Litzomania” and “Five Fingers of Death”. Bingo continued on Tuesdays to Saturdays.

In 1982 a new owner twinned the building creating a 120-seat cinema (in the former circle upstairs) and a bingo club (in the former stalls downstairs). The Elite Cinema re-opened in December 1982 with Sylvester Stallone in “Rocky III”. It was closed on 10th July 1998. It was converted into the Renew Church.