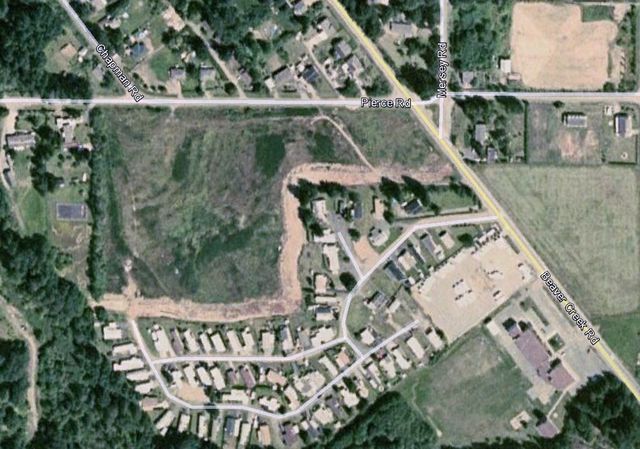 The Valley Drive-In opened in the early-1950’s at the corner of Beaver Creek Road and Pierce Road, with one screen and a 300-car capacity.

The Valley Drive-In was a seasonal operation, running from about mid-April to the Labor Day weekend in September. Famous Players, which owned the Valley Drive-In, closed the theatre in 1981 due to trouble with rowdiness by some teenage patrons. Despite its closure, the drive-in screen remained standing for a few more years before being demolished, and the theatre’s concession building remained for several more years thereafter before it was also removed when the drive-in site was redeveloped for housing.

Any additional information on the Valley Drive-In would be appreciated.

Are there any photos of this Drive-in in existence from when it was operating?