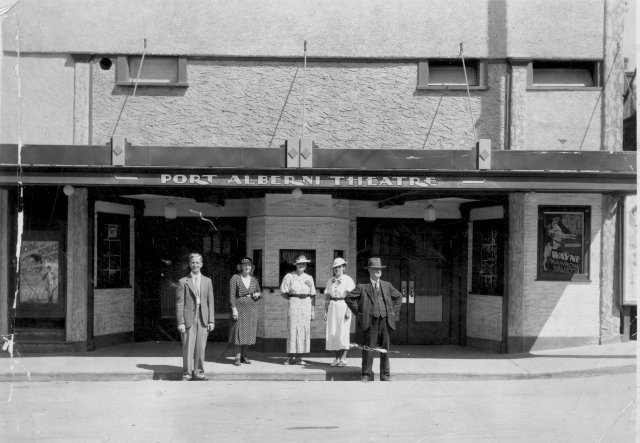 The Empress Theatre, Port Alberni’s first movie house, opened its doors in 1914, with seating for 340. The Empress Theatre was located on 1st Avenue near Argyle Street, in what was the town’s original shopping and business area.

Famous Players later took over the theatre’s operations and renamed it the Port Alberni Theatre sometime in the 1920’s, then renamed it again to the Port Theatre around the early-1940’s. On March 11, 1952, a fire which had begun in a neighboring coffee shop destroyed both that business and the Port Theatre, which was subsequently demolished. An auto repair garage now stands on the Port Theatre site.

News article on the 1952 fire that destroyed the Port Theatre now uploaded in the photo section.