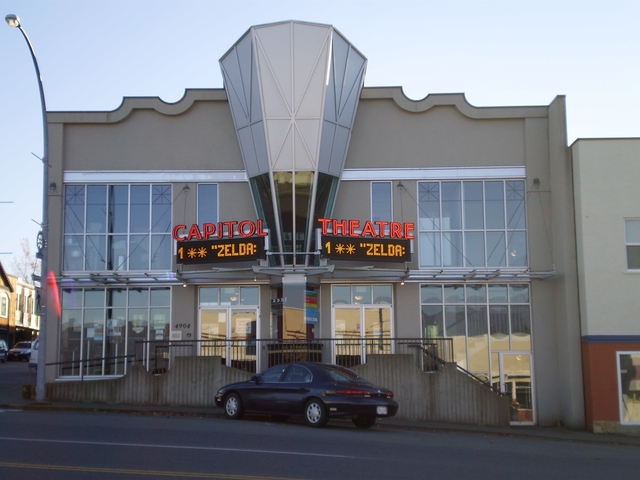 The Capitol Theatre opened its doors in 1936. In its later years, the Capitol Theatre ran seasonally, closing during the summer months when the Valley Drive-In was in operation. It stopped showing movies in 1982, then sat vacant for several years until the Portal Players Dramatic Society acquired and renovated the theatre, then reopened it in 1989. The Capitol’s exterior has since undergone extensive renovations to give it its current appearance.

Here is a picture of the Capitol long before it was given its current appearance.

Here’s the updated link for the linked photo of the Capitol from 1936.