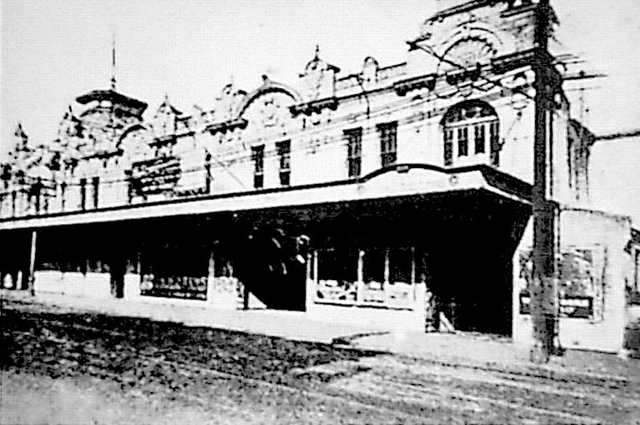 The North Sydney Coliseum Theatre was built in 1911 and had a roller rink by its side. The larger theatre was a cinema, taken over by Union Theatres in 1921 who invested the equivalent of $1.3 milion in today’s money remodeling it and opened as the Union Deluxe Theatre.

In the mid-1930’s it was run by Hoyts who shortened the name to Deluxe Theatre.

It was used for storage during World War II and damaged by a fire. After various retail uses it was remodeled into apartments known as Regency Park.

The Union was close to Hoyts Crows Nest theatre, the Sesqui and the North Sydney Orpheum.

Some corrections please for this entry.The Union was in actual fact the North Sydney Coliseum Ltd which opened in August 1910 as a roller skating rink,the theatre next door opened in January 1911 as The Coliseum Theatre becoming Clays Coliseum in 1918. The Coliseum Roller Rink became the Sydnian Theatre of Pictures in October 1913 and in 1915 resumed the name Coliseum Theatre of Pictures. Rebuilt, it reopend in September 1921 as the Union DeLuxe. After the 1929 wall Street crash the theatre became the Hoyts deLuxe and in 1942 after Hoyts terminated its lease it became the DeLuxe until the fire of 1944.It was never called the Union.