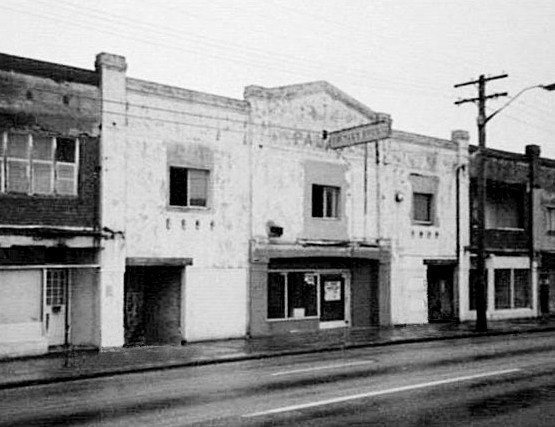 Cec Horan was the only high profile cinema owner-manager in Sydney. He was in the lobby welcoming crowds and on stage encouraging people to request their favorite films. Even the advertising was signed ‘Cec Horan’s Canterbury Palace’.

The Palace Theatre was built in 1922 and was always an independent. It seated 910 on one level and had a large screen. A newspaper report in November 1923 told of plans to remodel the Palace Theatre, raising the roof and adding a balcony. It would seat 2,000 and be a showplace for the western suburbs. Nothing came of this and the Palace Theatre remained a typical local theatre until Horan took it over in 1955.

Lack of access to big new films took its toll and the Palace Theatre closed on 12th October 1960 with a double bill of “Shadow Of A Doubt” and “His Butler’s Sister”.

The building was converted into an electrical warehouse and demolished in 1998.

There are three pictures of the Palace on this webpage.

The site is now a real estate building(LJ Hooker).