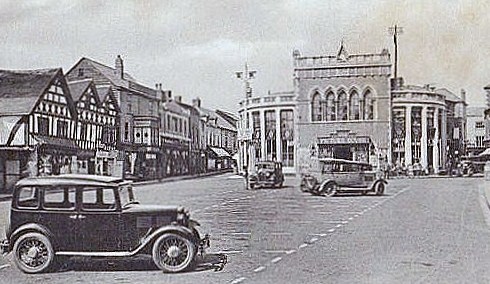 Located in the Herefordshire market town of Leominster. The Corn Exhange was built on the west side of Corn Square in 1859. It was used for dances, lectures and exhibitions. Around 1909, it began to screen films.

The Central Cinema was taken over by the Clifton Cinemas chain in 1936, and was soon closed, to be replaced by their new Clifton Cinema which opened on 31st October 1936 on the corner of Westbury Street and South Street.

It is not recorded what became of the Central Cinema building in later years, however, by the early-2000’s it had been demolished and an Oxfam shop operates from the site in 2012.