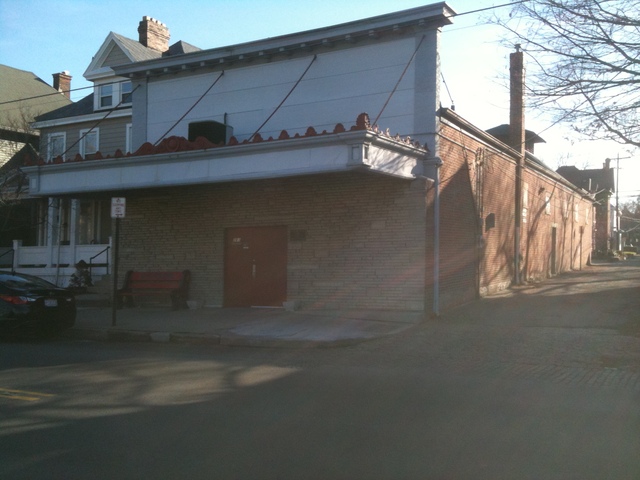 A neighborhood second-run theater in the Merion Village (southside) of Columbus, Ohio. It opened in 1919, according to Phil Sheridan. The 1927 Film Daily Yearbook lists seating capacity as 400. In 1939, it was given the temporary name of the Steelton Theater. The last Columbus Dispatch newspaper showtime listing was on May 24, 1952, with “The African Queen” and “Silver City”. The building still stands, being used as a private social club.

the Columbia Theatre had a Wurlitzer theatre pipe organ, style B Special, Opus 1260, installed on January 30, 1926. The “Special” could mean a number of things including an additional pipe rank, percussion, or other options special-ordered by the customer.

However, the standard model B featured two manuals and four ranks (having a horseshoe console), plus three tuned percussions and 17 traps and sound effects.

I am not sure what music the theatre had before getting the Wurlitzer, but it is likely they had some kind of photoplayer, which Wurlitzer may have taken in as a partial trade-in towards the new organ.

The database says that it is unknown what became of the Wurlitzer organ, opus 1260. Does anyone know where this organ, or its parts, is today?