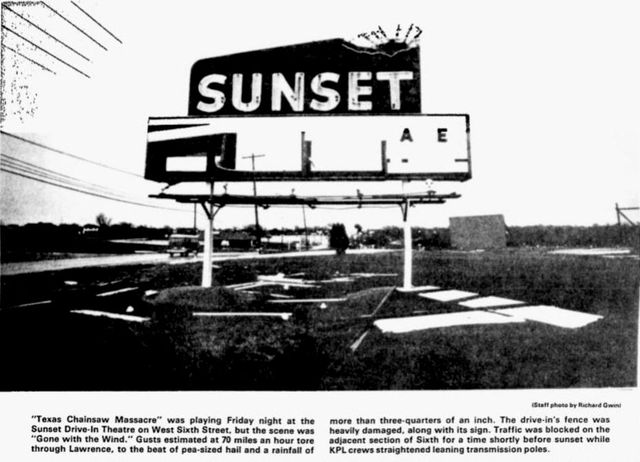 The Sunset Drive-In opened June 8, 1953, featuring the 1952 movie “Scarlet Angel” with Rock Hudson, Yvonne De Carlo and Richard Denning. The drive-in was built by theatre owner M. B. Landau who was from Horton, KS. It had a car capacity of 390 cars and featured a playground for the kids.

With the decline of many drive-in theaters during the 1980’s, urban sprawl, and the value of the property rising, the Sunset Drive-In suffered the same demise as the Lawrence Drive-In in 1961. Commonwealth Theatres closed the Sunset Drive-In on September 16, 1984, showing for the last time “Splash” and “Against All Odds”. The drive-in property was sold and redeveloped for retail.