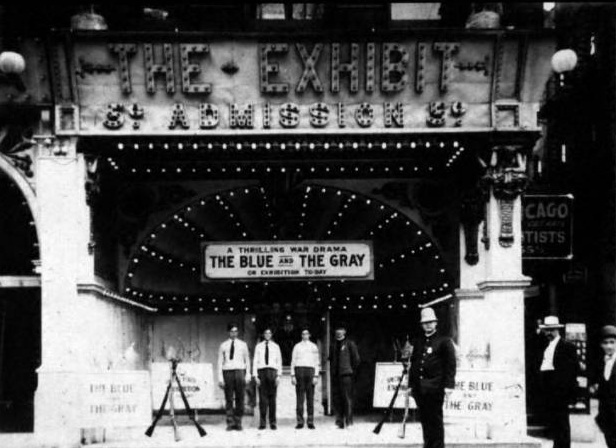 A first-run downtown theatre that changed programs each Sunday, Tuesday and Friday. The Exhibit Theatre opened on Sunday, April 21, 1907, according to the Columbus Sunday Dispatch. The theater closed in 1941, according to Phil Sheridan.

Today, the land has an office building.

According to an article in Boxoffice of January 7, 1950, about the closing of the Majestic Theatre, the 300-seat Exhibit Theatre was the first movie house opened by Max Stearn, who opened the Majestic in 1914. The patrons' nickels would get them a show of approximately thirty minutes, featuring three short films. During State Fair Week in 1907, Stearn racked up 34,000 admissions at the Exhibit.