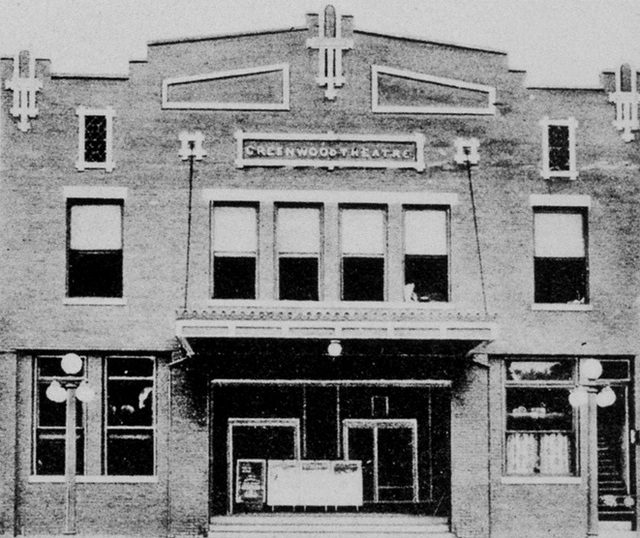 Originally opened in 1912 as the Greenwood Theatre, the theatre originally presented live acts as well as movies. On July 20, 1930 the theatre was renamed the Paramount Theatre when it was taken over by Paramount Pictures Inc. and operated via their subsidiary E.V. Richards. It reopened with Lon Chaney in “The Unholy Three”. It remained in operation until being destroyed by a fire in the 1970’s.

This reopened as Paramount on July 21st, 1930 article and ad

The Greenwood Theatre launched with a live play, “The Love Affair” on January 16, 1913. It became the Paramount on July 21, 1930 with “The Unholy Three.” The theatre was segregated up to and during the Civil Rights Movement. At the end, however, the theatre was home to Blaxploitation films. Its final film was “Three the Hard Way” with Fred Williamson and Jim Brown with “Battle of Amazons.

The Paramount was converted to a disco called the Paramount Disco which burned down on November 11, 1980.