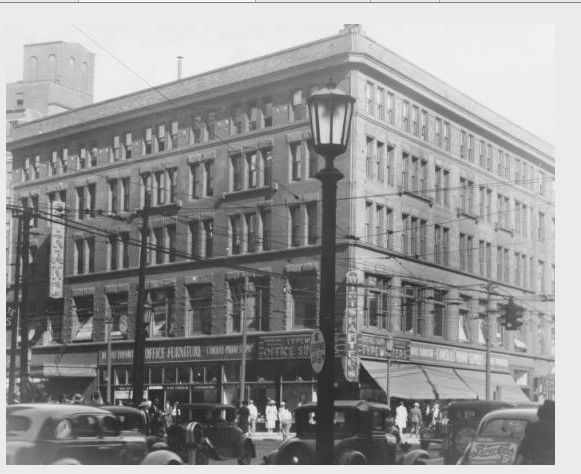 Located in the Erie Building at the southeast corner of East 9th Street and Prospect. The Strand Theatre was opened prior to 1941 and was still operating in 1943. It had gone from listings by 1950.

The Strand Theatre was mentioned in the January 1, 1916, issue of The Moving Picture World. Text below this photo says that the building, erected in 1891, was remodeled in 1915. That’s most likely when the theater was added. The building was demolished in 1972.