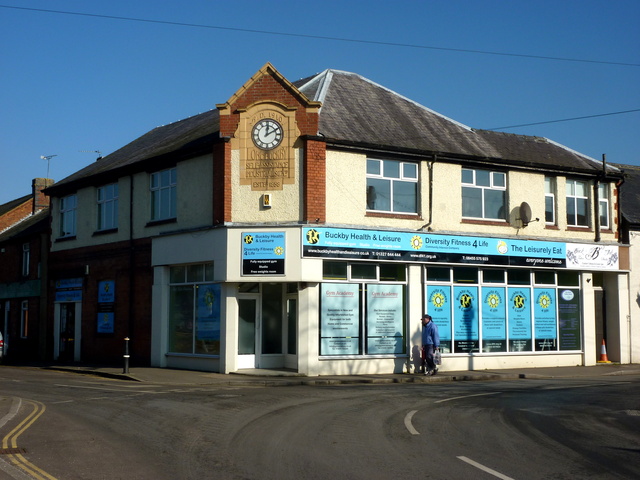 Long Buckby is a large village in Northamptonshire, located roughly half-way between Rugby and Northampton. It boasts a rare thing for a Northants village, a railway station. In 1910, the Long Buckby Self-Assistance Industrial Society Ltd., established in 1858, opened new premises at the junction of High Street and Church Street.

Known locally as the Co-Op Hall, it was a multi-purpose venue, being used for meetings and various social activities. The Co-Operative News of 30th October 1915 notes that “Commercial film exhibition was also undertaken at Long Buckby……”. Local opinion has it that regular film shows started around 1921 with one house on Thursdays, and two on Saturdays. Apart from 6 rows of tip-up seats, tiered at the rear, patrons occupied folding wooden seats, which could be stacked away. At this time the manager was a Mr. Hilton. Two lady pianists were employed during the silent era, and they continued to entertain during the intervals, even after the arrival of sound. Until 1926, the hall was powered by a petrol generator, as the village was not on the mains electricity supply. The projection box was located behind the tiered seats and contained a pair of Kalee 7’s, replaced by Ross equipment with the coming of sound. The Kinematograph Year Book for 1931 quotes prices of 6d and 1s, but no sound system is mentioned. By 1932, an AWH sound system had been installed. 270 seats were available, the proscenium was 20 feet wide, and prices ranged from 8d to 1s 2d. Performances had increased to once nightly, however, by 1947, although still listed, the cinema had closed. This may have been temporary as local sources recollect its remaining open until 1954. In the 1954 KYB it was listed as a 16mm Kinema.

After closure as a cinema, the hall was used for storage. More recently, the Co-Operative store beneath it has closed, and the premises are used as a gymnasium and leisure centre.

(I am very grateful to Keith Faulding of the Long Buckby Local History Society, for obtaining information for me from Phil Davis, and for copying me some detailed notes written by Colin Ball in 1983).