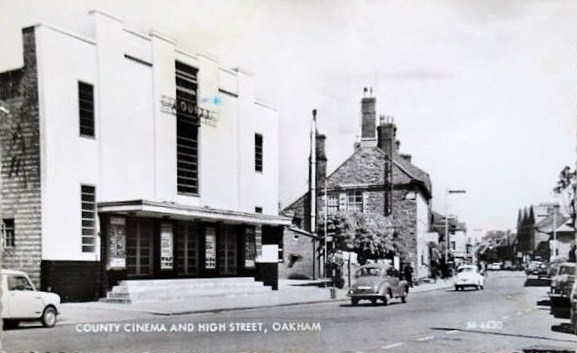 Located in the small town of Oakham, in the county of Rutland. The Regent Cinema was opened in 1939. In 1943 it was re-named County Cinema. By 1954, it had been taken over by the Nottingham based Eskay Group, which was headed by Herbert Elton.

After CinemaScope was installed in around 1955, it was listed with a 31 feet wide proscenium. Part-time bingo was introduced in the 1960’s. In October 1987 it was taken over by new owners, but was closed on 8th July 1988, and despite a petition with 4,000 signatures it was demolished in 1989.

Shops and offices were built on the site.

In March 2017, the building was in use as Leeson Family Butchers