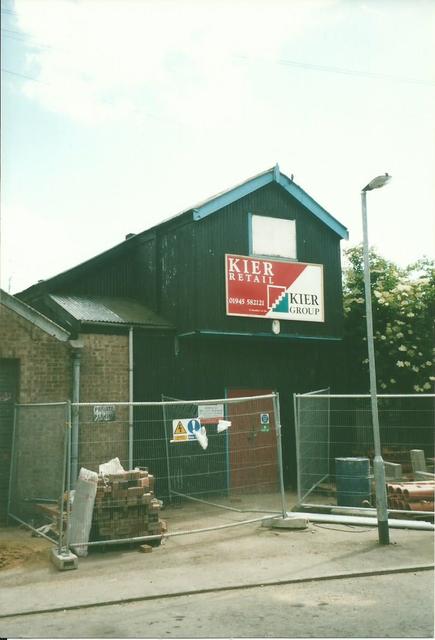 Located on South Street opposite Simper Street in the small town of Oakham, in the county of Rutland. The Picture Theatre operated from 1925. It was an extremely modest affair, with the cinema, constructed out of corrugated iron, referred to, no doubt with some affection, as the ‘Tin Tabernacle’.

The 1931 Kinematograph Year Book lists the owner and manager as Captain Guy Dawson, The Old House, Oakham. At that time, it was open just three days a week, giving six performances in total. It was equipped first with an Edibel sound system in 1930, then by an Imperial sound system manufactured in Leicester. The Picture Theatre was purchased by Frederick B. Salt in 1934, but was closed in 1935 with George Arliss in “Alexander Hamilton”. It later became Notons Oakham Saleroom.

The Picture Theatre was still listed in the 1940 KYB, albeit shown as closed. That entry shows it being owned by Frederick B. Salt, 5 Burley Road, Oakham. Evening performances were given seven days a week, with matinees on Thursdays and Saturdays. A proscenium width of 16ft, a stage 17ft deep and two dressing rooms were also listed.

When I visited, the building was closed up, with notices from building firm Kier indicating future retail use. However, whether that led to demolition or refurbishment and re-opening I do not know.

There’s an article about The Picture Theatre by Robert Ovens – Oakham’s first cinema – in the current issue of the Rutland Local History & Record Society Newsletter (no. 1/19, April 2019, pp.9-12). Available at http://www.rutlandhistory.org/newsletters/201904.pdf